As may be aware, I enjoy going to outdoor parties - commonly referred to as 'doofs' in Australia - to have fun with friends, enjoy nature and listen to some (hopefully) great music. I've been to a few parties in Japan so far - some I've played at, others not - and they have all been enjoyable. Not having my own form of transport and being slave to someone elses timetable can be a bit tiring at times, especially since once I get back to Tokyo I usually have a train ride (often involving multiple transfers) of up to an hour while buggered, partied out and having to lug my gear with me. Nevertheless, the parties I've been to have all been fun and enjoyable experiences. I've met a number of new people, danced to some good music (and some not so good) and usually exhausted my entire Japanese vocabulary before my brain shuts down and I become an introvert. 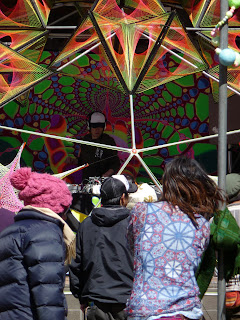 My first doof here was a fun experience, but my brain went into overload very quickly. Most people didn't speak much English, so it was a 90% Japanese-speaking event for me, and thus quite challenging. A friend was playing a DJ set there (the closing set) and was going to play one of my tracks, at which I was pleasantly surprised. Standing there on a dancefloor at a party in Japan, surrounded by mountains and Japanese doofers, listening to one of my tracks coming out of the big system was a moment that will stay with me for a long time. 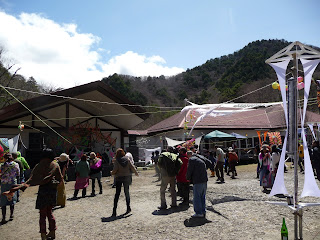 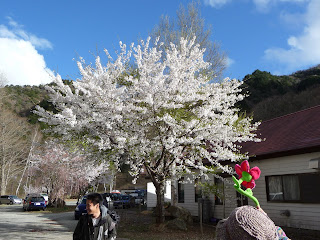 My second experience was a little easier: a large festival-style party held at a ski resort a few hours from Tokyo. The party was called 'Ground Beat' and was put on by Mother, one of Japan's biggest and most active promoters. The line up was pretty huge - Son Kite, Minilogue, D-Nox, Beckers, D-Nox and Beckers live, Protoculture, fREQ and many others - and the setup was massive. Thousands of people went and partied the weekend away in a location that I would describe as 'interesting' for a festival, considering it was a ski resort (but then not every country is as fortunate as Australia to have parties *reeeeally* in the bush), but that offered a stunning view of Mt Fuji as seen below. 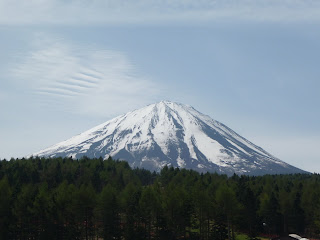 I got a lift with my friend Hide to this party, along with Yayo and Alexander. Having Alexander there to speak English with was a huge relief - when things got a little bit much in Japanese I always had a native English speaker to have a conversation with. It helped my sanity and state of mind in a big way. The party was really enjoyable, the musical highlights for me being Son Kite (they played a set of 90% new material, really nice stuff) and Beckers (though I only saw a little). Minilogue were also awesome. 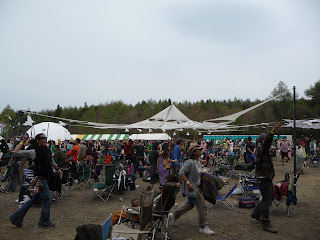 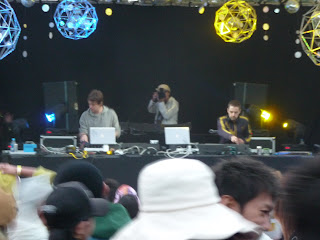 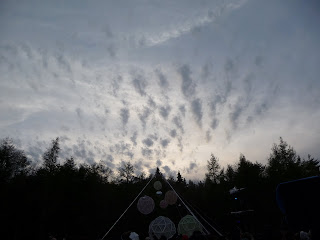 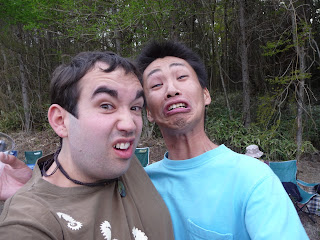 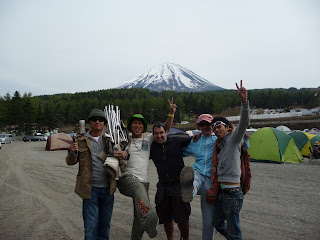 Ground Beat was great. Despite not liking many of the cheesy (in my opinion) full on artists that played that day (such as GMS), I had a great time and made a few new friends.

My next two parties were decidedly smaller than the previous. The first was a small outdoor where the majority of the music was Suomi-saundi (Finnish-style psy). My friend Steve (half of Hedonix) was playing at the party. Steve, Marisa and I got a ride with a Japanese guy and an Aussie guy, Sam, who has been living in Japan for a few years and was also set to DJ at the party. I had seen his name on forums for years, so it was nice to finally meet him. 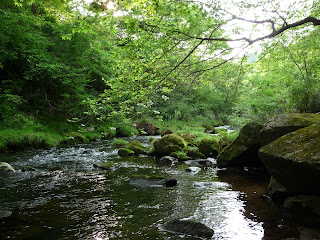 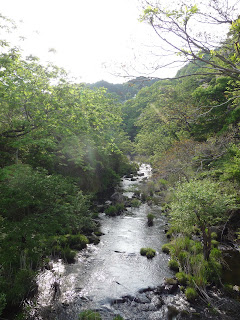 The party was north east of Tokyo, but I can't remember the name of the prefecture or area. It was right next to a dam, which isn't shown in any of the photos but was definitely present. It's amazing how populated Japan is - even when you get right out into the 'country' areas, there are still plenty of people, infrastructure and evidence of civilisation. The surrounding creek area was beautiful though - as you can see in the photos above. 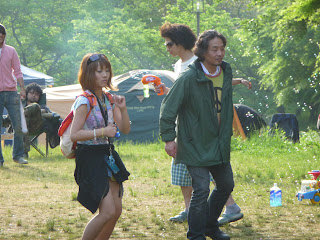 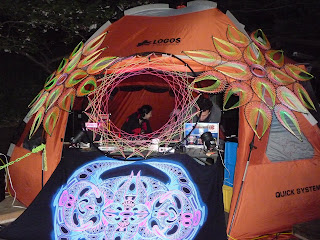 It was a fun weekend, though definitely epic. We left Tokyo around midday on Saturday and headed out to the party site (the driver was part of the crew). Of course just before we arrived my jeans split down the front as I sat in the car, so I had to live with exposing my underwear for the entire party - what an impression! Sam played in the evening and Steve followed on from him. I probably enjoyed their two sets the most due to the diversity. I like Suomi music, but I can't get into a whole party of it - I get a bit fatigued by it after a while. I slept for a little while and got up in the morning. The party ended at about 8am, and the crew slowly packed everything up and put on a barbecue for lunch. Despite early misgivings, there were some vegetables and seafood in amongst it all, so I was able to eat.

Eventually we left, but not before a stop at an onsen! Sadly I didn't have a completely clean change of clothes with me, so I had to wear my doofing ones after - a shame when you've had a nice long soak. We finally got back to Tokyo around 10pm, and I caught a few trains to get home. An epic weekend - fun, but definitely draining as well.

The final party (before my friend's outdoor, which will be in a future post) I went to was touted as 'the best party in Japan' (by the organiser, of course). This would fast become an in-joke between Steve, Marisa and I. It was situated about an hour from Tokyo, down to the south-west from memory. It was literally right next to a main road, yet somehow this didn't cause any problems. 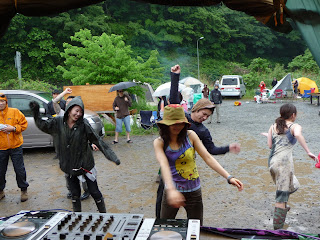 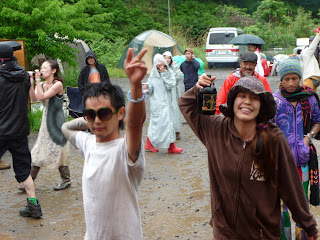 I didn't take my camera out much - in part due to the rain, but also due to my habit of not having a camera - so the above two photos are about all I have to offer. They were both taken from the DJ 'booth' during my set. Said 'booth' was the fly of a tent setup on the pole structure - needless to say this was a little bit of a concern due to the often torrential rain. I had towels all over my gear to try and stop any leaks (there were a few). Next time I'll bring my CDs and if it looks that bad - there's no way I'm getting all my live gear out.

I was playing after the main guy of the party, who was playing dark psy, so it was quite an energy drop when I came on. Still, people seemed to enjoy it and I got some good feedback.

We had to catch the train back to Tokyo since everyone was leaving really late, so the trip home was about two hours by train for me. I got home earlier than I usually do from parties, which was good, but it didn't make the trip any less epic. It was a fun little party, but definitely not the best in Japan.

I've had a great time at parties in Japan so far, and I'm looking forward to many more! Hopefully I can get to a few more outdoors before the summer is over (since I'm spending a fair chunk of it away from Tokyo) and the parties move indoors for the winter. Doofing in Japan is just like doofing anywhere - nice people, good music, friendly vibes and good times.
Posted by Dwight at 6:07 PM 2 comments: